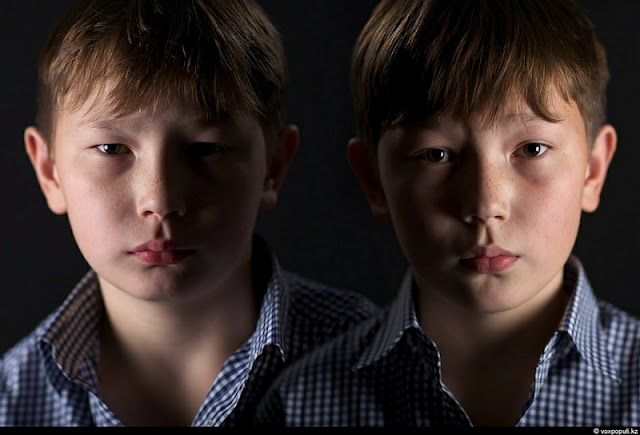 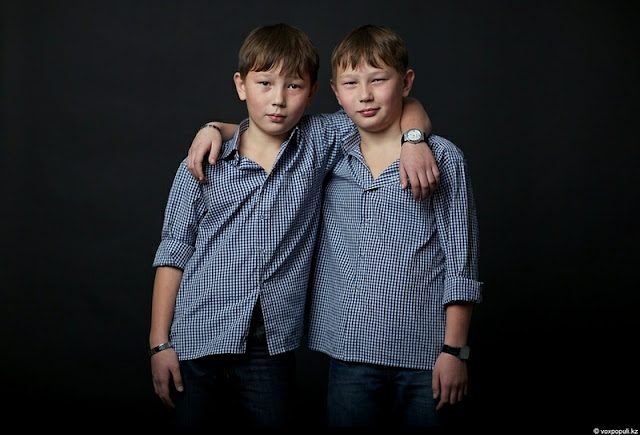 Rustam and Nadir, 11 years old
"The boys study at school and have not exploited their resemblece yet. Nadir is naughtier, Rustam is assiduous and calm, he often has to help his brother out of troubles."

"Since childhood parents who can’t see any evident difference between twins start “endow” them with different temperaments: one smiles more often, another one is often angry; one eats much, another one easily falls asleep. Parents do not often apprehend that this starts to influence further maturing of their children.  " 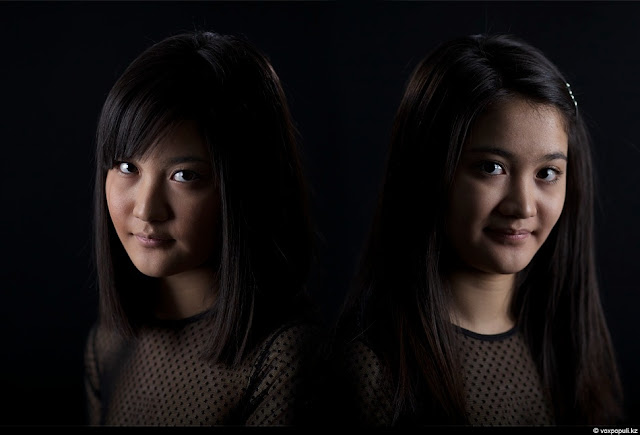 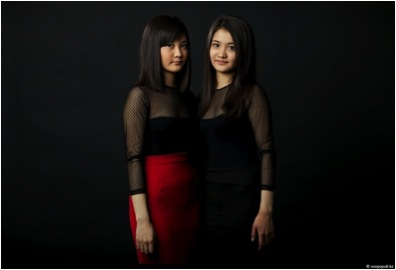 
"Adilya is hot-tempered, likes to party and plans to become a fashion designer. Anelya prefers to stay at home and keep a house. She’s responsible and resolute, plans to be a doctor. " 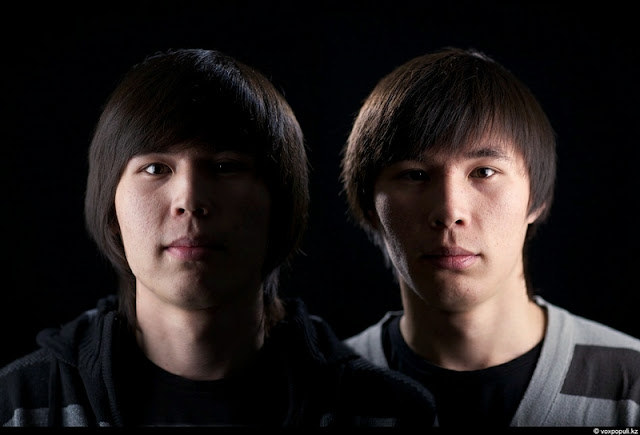 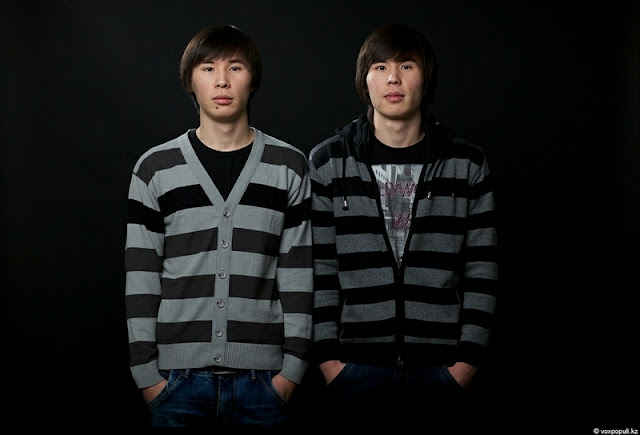 Almas and Nurtas, 19 years old
"Both brothers are studying internation relations specialty. While smart Nurtas enjoys free time and does what he likes, complaisant Almas learns hard for both. "
"Getting older twins start exploiting their resemblence and like to mislead others by pretending to be his/her twin. Their first victims are usually teachers." 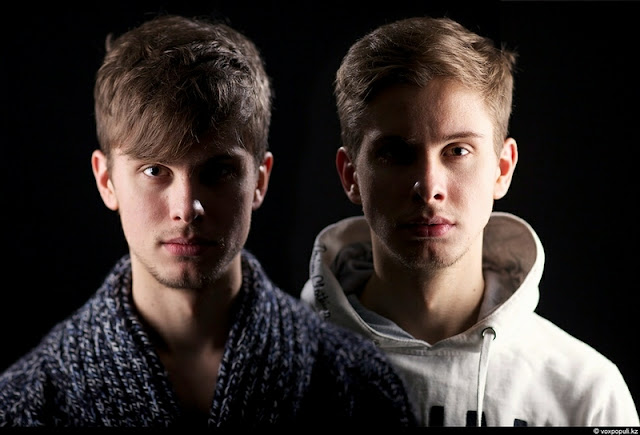 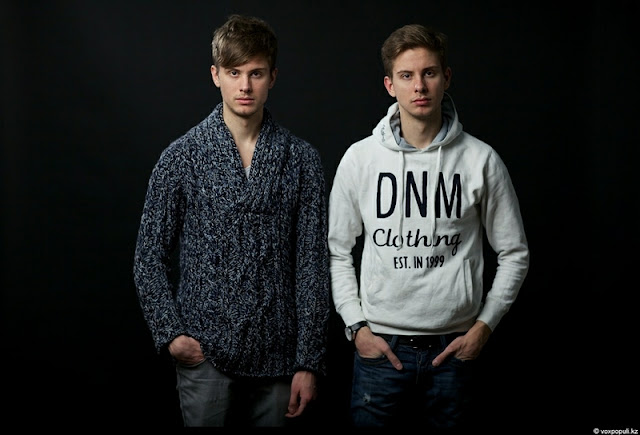 Vladimir and Sergey, 21 years old
"The guys are photo models and they often participate in photshoots. Being rather attractive they are often in the centre of girls’ attention. But what should poor girls do if they can’t tell one brother from another? "
"Other victims of twins are people of opposite sex. Though deceiving true friends is amost impossible." 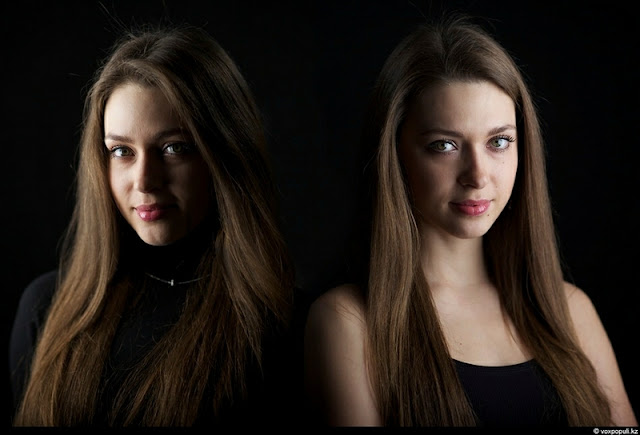 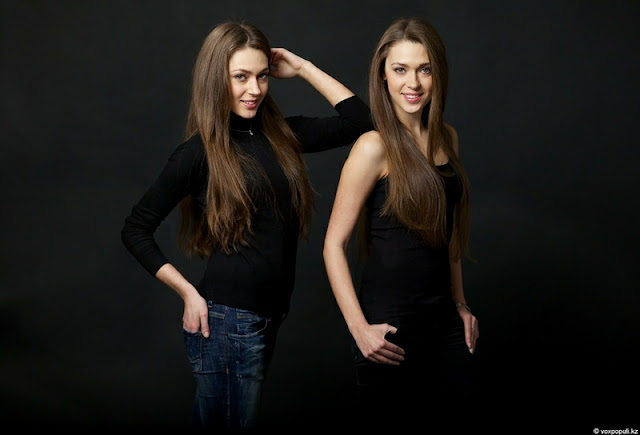 Irina and Marina, 22 years old
"The girls are professional models both and both work at the world level though they like to remember how they started their careers, when they had to replace one another at a reality show. They were finally unmasked but it was a considerable."
"It matters much of twins are born from one ovule or not. If they are they are very lookalike, have one and the same blood group, one and the same eye and hair color, similar figures. Their genetic code is identical." 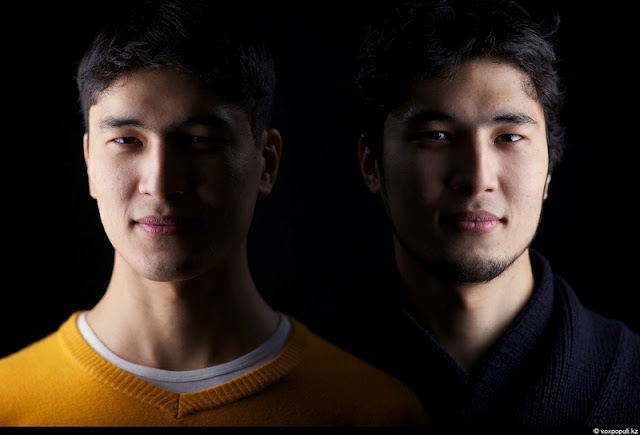 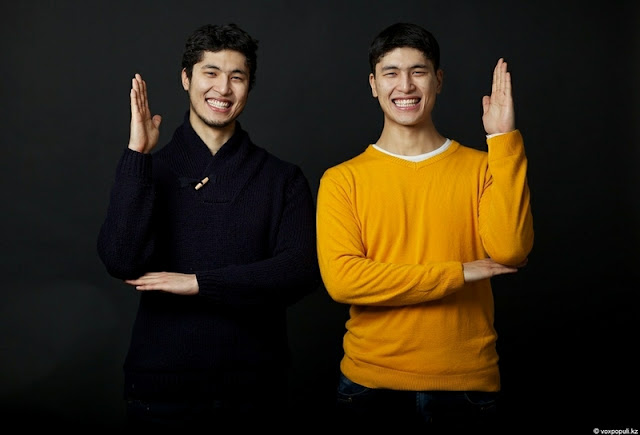 Askhat and Azat, 24 years old
"Both brothers are into fighting, have a good sense of humor, like children and so they both have the same hobby – they are children animators. According to the twins they have 25 thousand differences in their characters, millions of positive and negative features but they are always together anyway."
"As a rule, twins are close. They are friends who live important moments of their lives together."